Is There any Sea Glass at Boscombe Beach, Bournemouth? 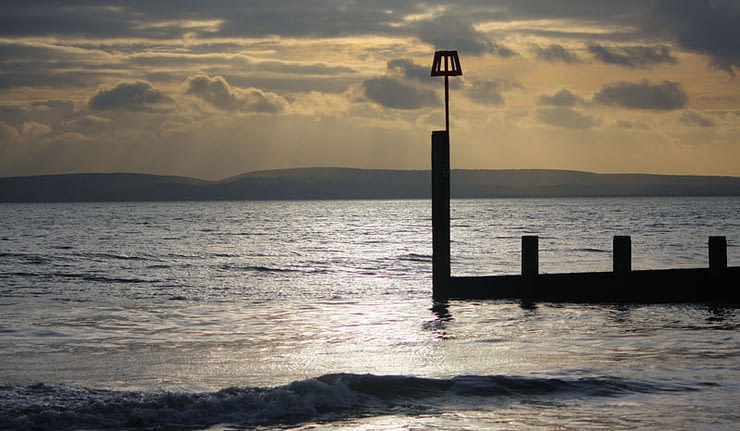 Boscombe is a suburb of Bournemouth, on the south coast of England. It is located in between Bournemouth town centre and Southbourne, dating back to 1273.

In the 18th century, Sir Percy Florence Shelley was planning to live at Boscombe Manor Estate with his mother, Mary Shelley (author of "Frankenstein"), but she never made it and died in London.

Between the wars, Boscombe was one of the most affluent areas of Bournemouth, but the decline in the traditional English holiday market in the 1970s and 1980s quickly turned its fortunes around. Many of the large family houses were converted into HMOs (houses of multiple occupancy) which attracted vulnerable people, many with drug and alcohol problems.

In recent years, the local council has worked hard to turn Boscombe around. There are still a number of social problems in the area, but also gems such as Boscanova café. That's well worth a visit and the perfect breakfast spot before heading to the beach!

In 2008, construction started on Europe's first artifical surf reef. The idea was to help regenerate the area and attract surfers to Boscombe, but I have only ever seen them on the opposite side of Boscombe Pier - avoiding the reef completely! At a cost of £3m to local tax payers, it's been a huge disappointment.

Hopefully Boscombe can continue its recovery and get back to its best again.

Can you find sea glass at Boscombe Beach?

You can, but it's generally tough to find. The best you can hope for on most days is half a dozen pieces of modern bottle glass. The tide moves towards Boscombe from Bournemouth Pier which often means sea glass, but there's not much to keep it from continuing around the bay.

Boscombe Pier is barely used these days, so not much hope of anything from that.

How to Get There

It's very easy to get to Boscombe Pier with plenty of buses stopping off very near the pedestrianized High Street.​ However, there is quite a walk down Sea Road to the pier area and when it's time to go home you'll face the same trek uphill!

The local train station - Pokesdown (for Boscombe) - is not very close at all. In fact, it's a lot closer to Southbourne! Boscombe used to have a station of its own, but it was closed in 1965.​