Where to Find Sea Glass in California 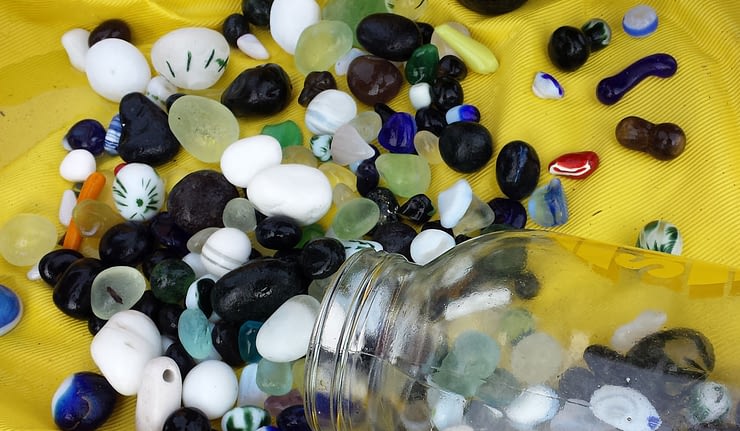 I've lived in California for most of my life, but it's only recently that I ventured north to the famous Glass Beach at Fort Bragg and Davenport, near Santa Cruz. I'm fairly sure that I will return to both of them too.

While most people are looking for sandy beaches and sunshine in California, I much prefer a stony beach and some stormy weather! When those waves start crashing onto the shore, sea glass hunters get to work!

Here are the California beaches where sea glass can be found​, starting with Glass Beach...

As you can see in the photo right at the top of this page, the sea glass found here is like no other. It washes up onto the beach day after day, with sea glass hunters literally risking their lives to grab the best pieces.

La Jolla in San Diego is the best sea glass beach I've found in Southern California. It's a busy place and parking can be pretty tough going, but you will find lots of beach treasure.

You are looking for "Shell Beach" which is fairly small, but on a good sea glass day it literally washes up at your feet! There are plenty of seashells to collect too. As you can see below, Shell Beach is very popular with sea glass hunters. You will find plenty of white, green and brown sea glass, also some aqua and blue.

Does Davenport Beach Have the Best Sea Glass in the World?

Where to Find Sea Glass at Laguna Beach, Orange County